The aerial glimpses of the mountains, valleys and lakes are an amazing experience and the best part of Paragliding. The gliding adventure emerges the worth of flying and the true thrill while flying over the lakes and valleys.

Pokhara is the most popular destination for paragliding in Nepal, besides that, Kathmandu, Bandipur and Sindhupalchok are the other options. The cost of Paragliding depends on the season and off-season. During the monsoon and wintertime, you can get some discount on the general rate. The service providers also offer you photography and videography services during the activity time. 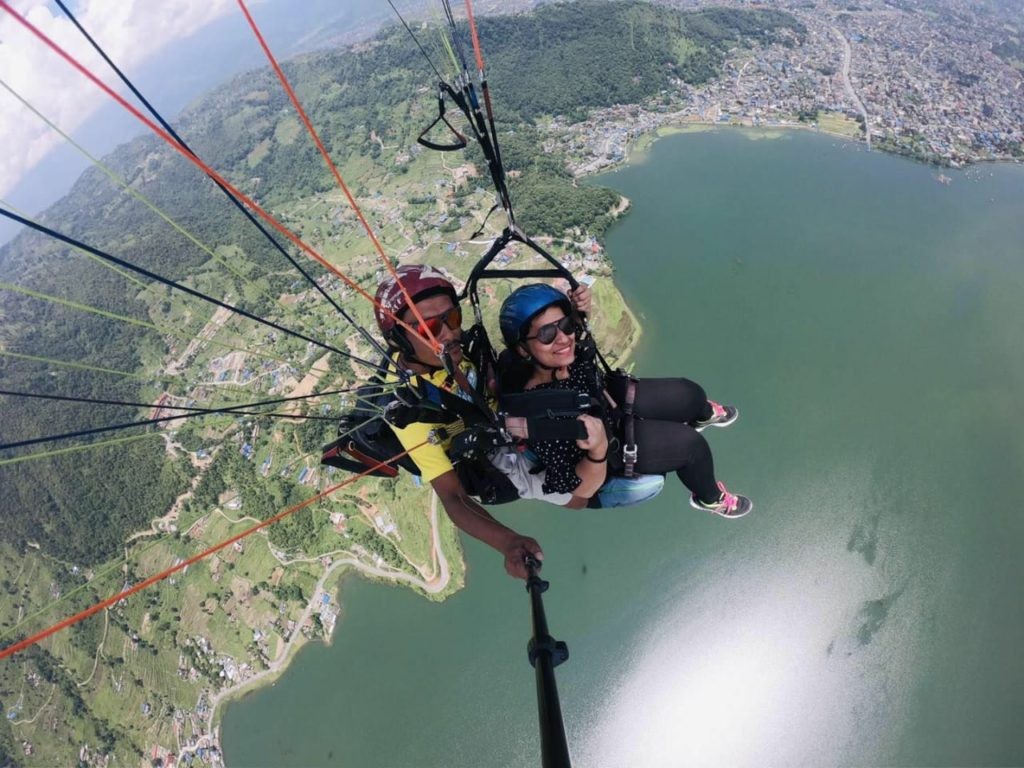 Pokhara is the most popular destination with the majestic views of Annapurna Himalayas, aerial view of the City and Phewa lake. The beautiful flight over the cityscape and lake provides a lifetime experience. Paragliding companies also offer different side adventures such as stunts and thrills during the flying time. But pilots do charge some additional amount for those stunts.

Pokhara is a popular adventure hub offering many adventurous activities. Paragliding cost differs according to nationality as well.  The cost of the Nepalese is cheaper than the foreigners one. The paragliding with the given cost is inclusive of photos and videos. The detailed cost information is shown in the table below.

Paragliding in Kathmandu is operated by Katmandu paragliding at the Godavari. It offers the Paragliding adventure with spectacular mountain views and natural sceneries, situated nearby central Kathmandu. The cost differs according to nationality. The cost of a Nepali citizen is slightly cheaper than that of foreigners. Whereas SAARC nationals and Chinese get a little privilege to get a little cheaper cost. The paragliding with the given cost is inclusive of photos and videos. The detailed cost information is shown in the table below.

Best Time for Paragliding in Nepal

Spring and Autumn are the best times for Paragliding in Nepal. The months of March, April, May, September, October and November are the best time for Paragliding in the two most vibrant tourist capitals of Nepal, Kathmandu and Pokhara. These months are also the best time for trekking and hiking as you will avoid the monsoon and associated risk of avalanches in these months. So, while in the trekking adventure you can undergo the Paragliding in Pokhara and Kathmandu. You get to see the most beautiful mountain panorama while enjoying the beauty that Nepal has and also capturing the moments. 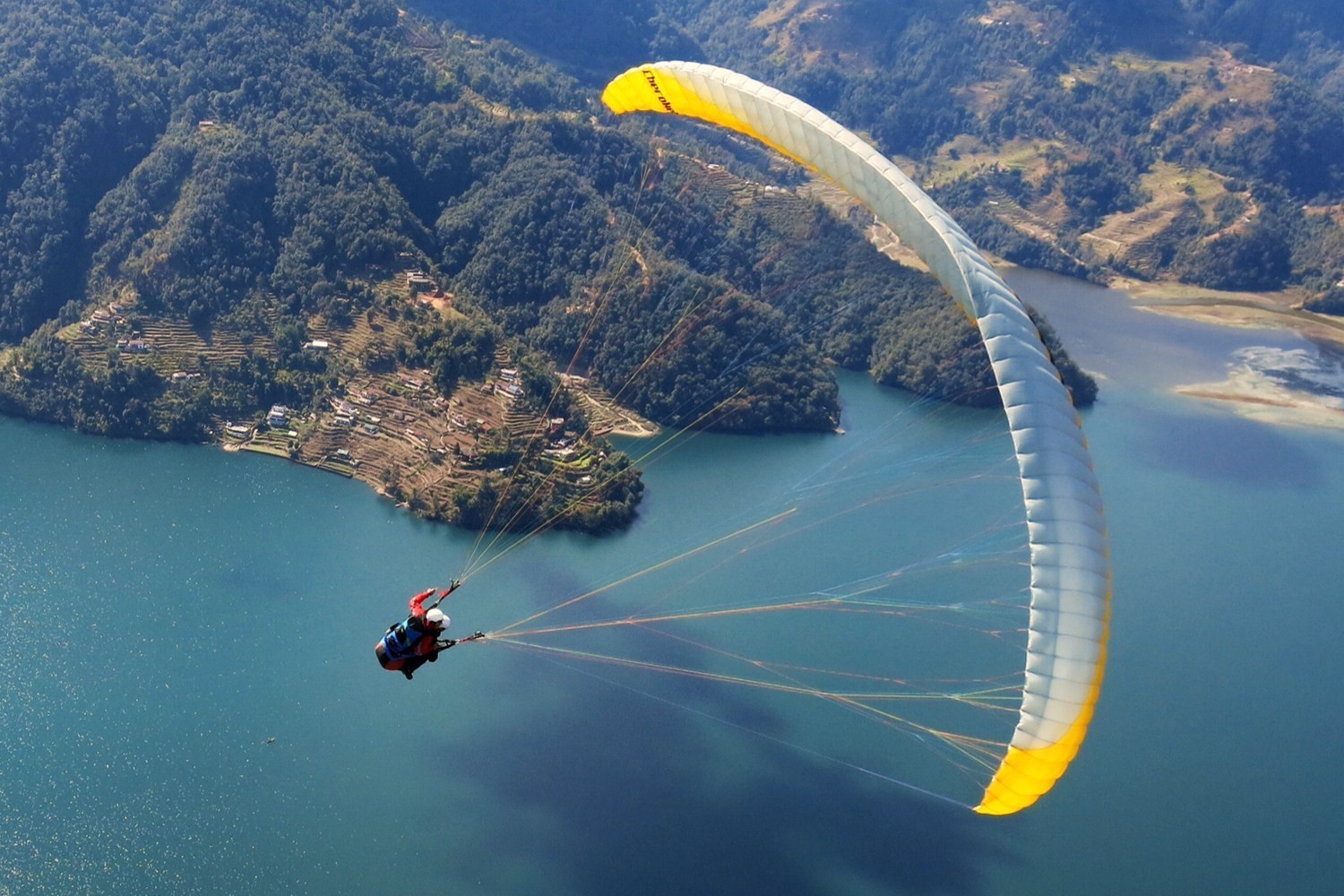 The Photos and Videos are also included in the Paragliding activity. So, you can always have a digital memory in your device of the activity you performed while you are in Nepal. Reminiscence the memories in the mountains, after getting the video and Photo of your Paragliding in Nepal. Paragliding is not a seasonal activity. In any span of time, you can do Paragliding, if the weather condition is good and favourable for you.

Safety and Paragliding in Nepal

Extreme sports are prone to the dangers and with the right training and favourable weather, you can pursue a smooth experience. The mild and favorable atmosphere will make your experience better and you can have the best views from the mountains. The surpassing panoramic beauty of mountains will always lure you to undergo the paragliding activity if you visit Nepal again and again. 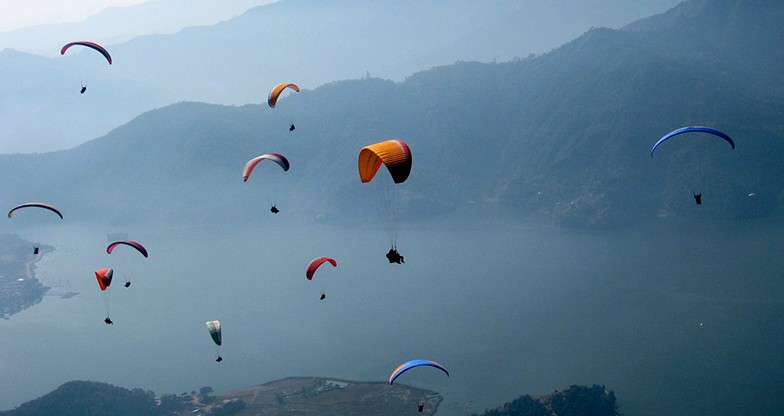 The compliance with necessary safety measures is always the major part of Paragliding for companies. During Paragliding, you will be flying 2500 to 3400 m above sea level. This means you can see the wonderful Himalayan views from the Paragliding. Also, the valley views are equally spectacular.

Paragliding cost in Nepal is not so high for the beauty it offers. The thrill of the mountains and the ultimate air adventure you get is worth it. So, you can always have a nice deal with paragliding, but in some off seasons, you can have discounts and some offers. You may negotiate with the companies for discounts. But if you are going for Paragliding from us, we can do that for you. 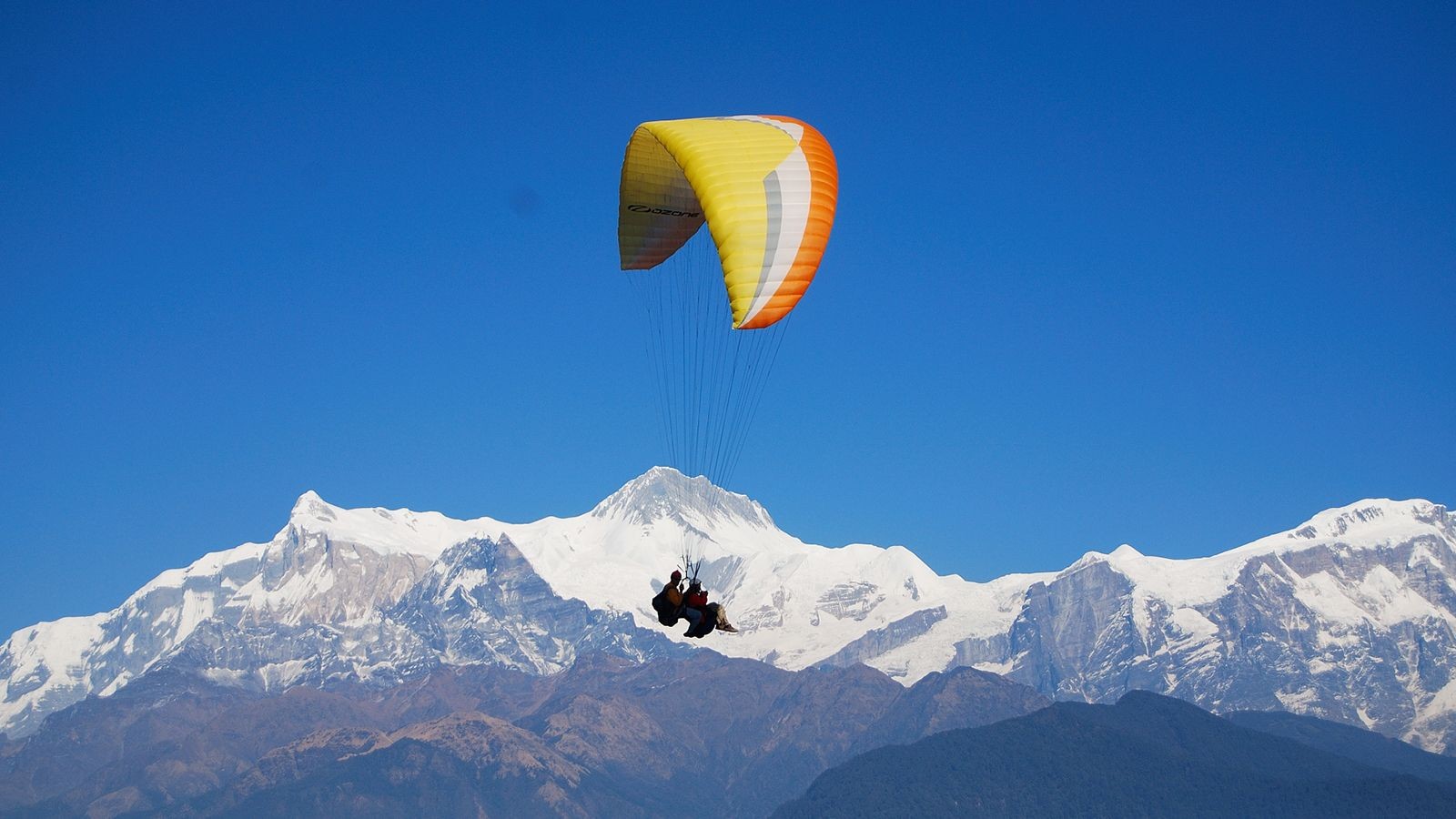 Paragliding is undoubtedly the best adventure in Nepal. However, if you want to explore the true mountain beauty, you can always have trekking and hiking in the mountains. You get to explore the wonderful surrounding of the mountains and the sceneries along with the mind-blowing Himalayan spectrums. The best part of the trekking is you can also explore the lifestyle and culture in the rural mountain villages. The wonderful and hospitable people will be serving you the best experience after extensive yet amusing experience in the Himalayas.

If you want to pursue any activity in Nepal, we are always available to assist you with the entire process. You can always ping us for assistance in our contact us section. We are one of the best companies in Nepal serving the finest travel experience for the tourists, who want to explore the true beauty that Nepal has.