Losar festival celebration in Nepal is a major procession that remarkably holds a higher rank in some communities of the mountains. The Losar Festival in Nepal is often called the festival of highlanders as most of the communities which have ethnic belonging to the mountains such as Sherpas, Gurung, Tamang, Thakali etc. celebrate this festival with huge significance.

Festival follows the cycle of twelve years which is often known as “Lohokor”. The first two letters ‘Lo’ in Lohokor is the special nomenclature for each year. The years are represented by different animal species such as mouse, tiger, cow, garuda, serpent, cat, horse, sheep, bird, dog, monkey and deer. The cycle of animals is organized in a cloth as it is a common practice since the ancient times which is associated with the calculation of the year.

Losar festival is one of the major festivals of Nepal which is celebrated widely within all over Nepal. Nepal, the beautiful country situated on the lap of Himalayas, is a well-known destination in the world tourism map with a distinct image of its own. The country with distinct floras and faunas, variation in the culture, is incredibly famous as Nepal boasts demographic and geographical diversity. Apart from being the country of multi-culture, multi-language, multi caste, Nepal is also famous for its mesmerizing green hills, adventurous trekking trails, beautifully snow-capped mountains and amazingly diverse culture.

One main thing that attracts thousands of tourists here is the hospitality and the culture of the people residing here. Though Nepal is a secular state, there are lots of Temples and Monasteries as the people here relatively follow Hinduism and Buddhism. Every alley is filled with stories of different gods and goddesses. And you will find a small temple in every corner of the country. Nepal is a religious country where every caste, culture and creed have their own faiths and values. 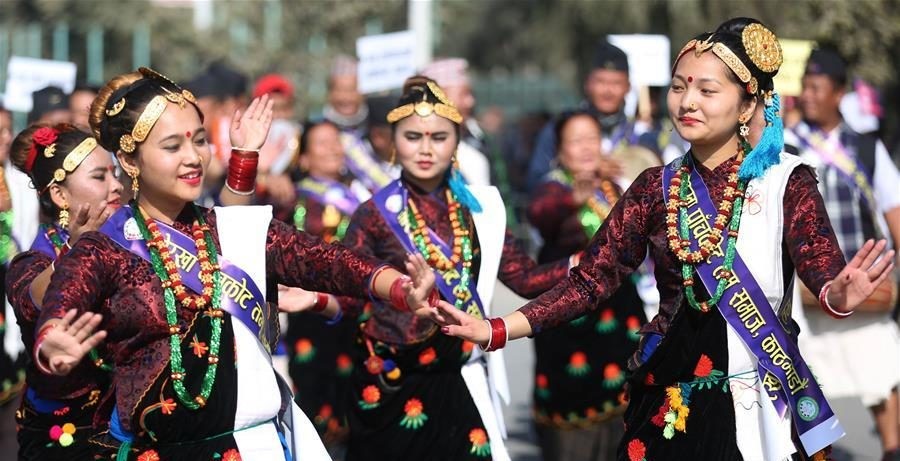 Every caste celebrates its own festivals, the festival of harmony and peace. Festivals are meant to connect people together. As all caste celebrates different festivals, it is among one of the main festivals celebrated by a few indigenous people. There are three kinds of Losar festivals celebrated by the diverse ethnicities in Nepal. Lhosar is the Tibetan word for “new year”. Lo holds the semantic field “year, age”; Sar holds the semantic field “new, fresh”. This is an important holiday in Tibet, Nepal and Bhutan. Before the Tibetan New Year, Nyi Shu Gu is celebrated on the eve of the last night of the year. Types of Losar includes Tamu Losar, Sonam Losar and Gyalpo Losar.

Gurung divides time into cycles of 12 years (lohokor), to each year of which a special name is given, which is known as Barga (lho). Losar also heralds the change in ‘Lho’. According to the oriental astrological system, there are 12 Los–garuda, serpent, horse, sheep, monkey, bird, dog, deer, mouse, cow, tiger and cat. Therefore, each year is marked by a particular animal and they are arranged in a single circle (on paper), closely following the Tibetan calendar with its’ 12 animals. In the early days, when there was no calendar system in Nepal, the 12 rotation system was used to calculate peoples’ ages. As Poush 15 marks the end of winter and start of spring, Losar is traditionally celebrated for three days doing different activities. 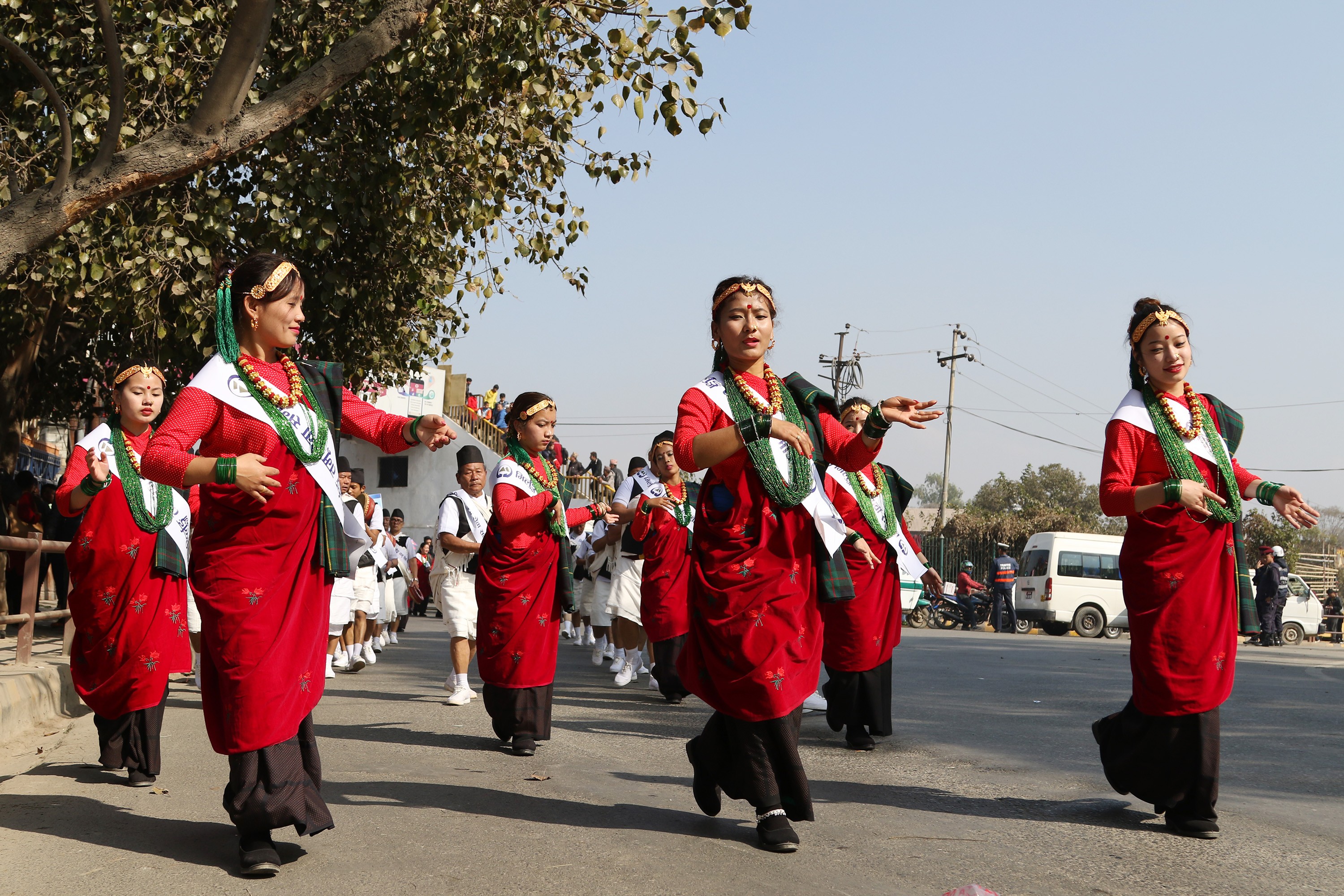 Gurungs from all over the world celebrate it. They wear traditional clothes where men wear Bhangra, a white cloth shirt-like apparel tied across the chest and open like a bag at the back (for carrying things), and a Kachhad, like a short sarong or kilt. Gurung women, both children and adolescents, were seen in their maroon velvet Ghalek (blouses), enhanced by large gold earrings and semi-precious stone necklaces. As it carries religious, cultural and historical importance, people celebrate this festival to their best and make this festival memorable.

Sonam Losar is celebrated by the Tamang community of Nepal. Unlike Tamu Losar and Gyalpo Losar, Sonam Losar carries its own traditional and religious values. Lho means year or age and Sar means new or fresh. The word Losar means New Year or beginning of a new era. Tamang celebrates their new year on the first day of the new moon or in other words the very next day after the no moon day of the month of Magh (Magh Shukla Pratipada). 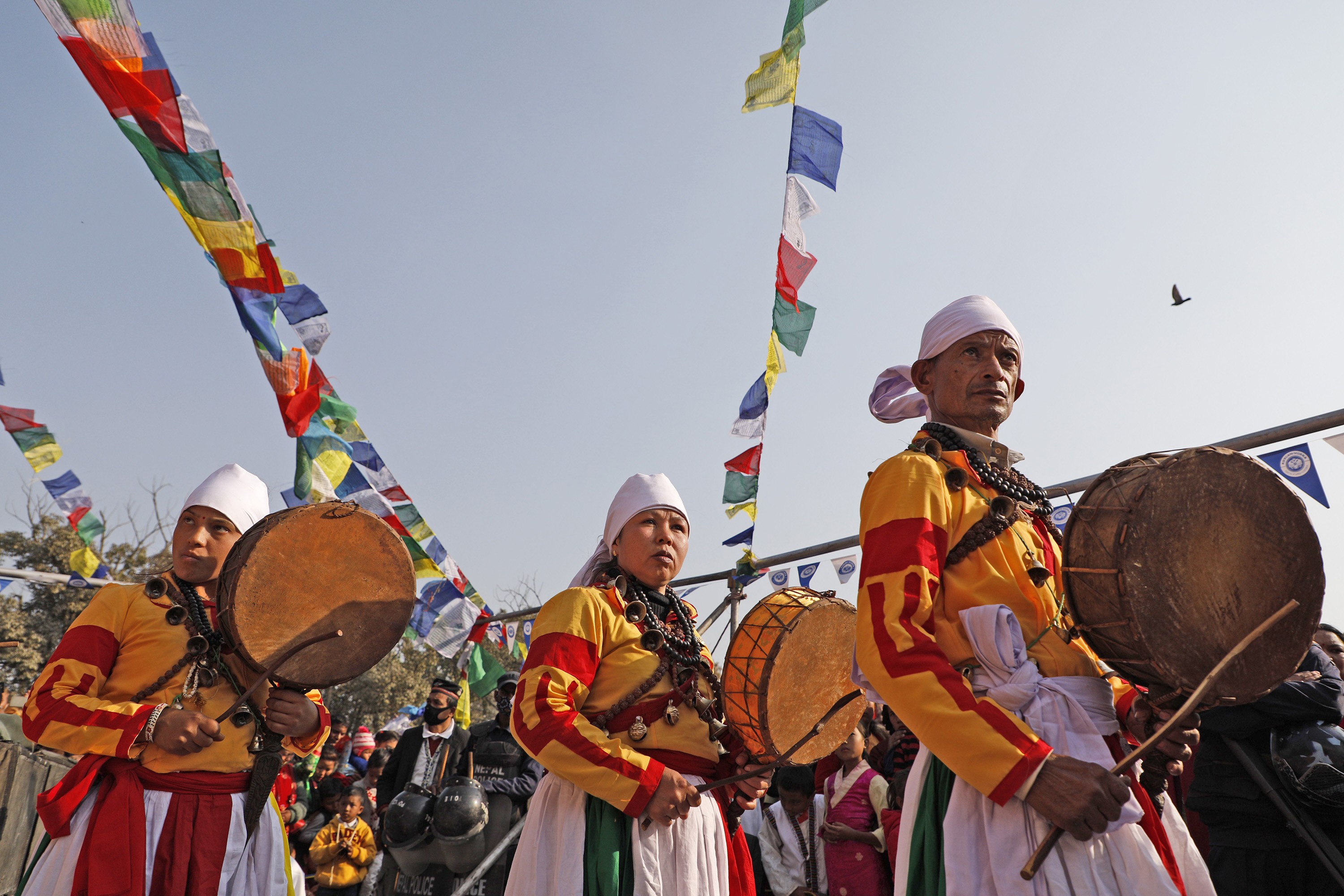 As Tamangs have their lifestyle similar to that of Tibetan people, the way of celebrating this festival also matches with them. The Tibetan calendar is made up of twelve lunar months and the Losar festival begins on the first day of the first month.

Every year on this day, people from Tamang community gather and they celebrate this festival merrily they sing, dance, eat different traditional cuisines and attend rallies. They wear their own traditional dress which is accompanied by a traditional hat worn by both boys and girls. They showcase their culture and everything related to their culture to different people.

Unlike Gurungs, Tamang has a tradition of counting year with an association of symbols of 12 different animals. It starts with Rat and ends on Boar. This tradition has been going on for thousands of years and will still continue. People are preserving it and teaching their younger generations to follow it and further preserve it.

Gyalpo Losar festival is mostly celebrated by the Sherpa community of Nepal. Who lives in the upper Himalayan region where there is a high influence of Tibetan culture. People from Tamang, Butia and Yolmo community also celebrate this festival. Different communities and different places have their own way of celebration.

Gyalpo Losar is the celebration of Tibetan New Year. The Tibetan calendar is made up of twelve lunar months and Losar begins on the first day of the first month. The celebrations of Losar begins on the 29th day of the 12th month of the calendar. This Losar is almost celebrated for 2 weeks, where people sing, dance, eat merrily as well as perform different ritual activities related to gods and demons. The main festival is celebrated for the first 3 days. On the first day, a beverage called “changkol” is made from “Chhaang” (a Tibetan cousin of beer). The second day is called Gyalpo Losar. This is the main New Year Day. And on the third-day people get together and have feasts. 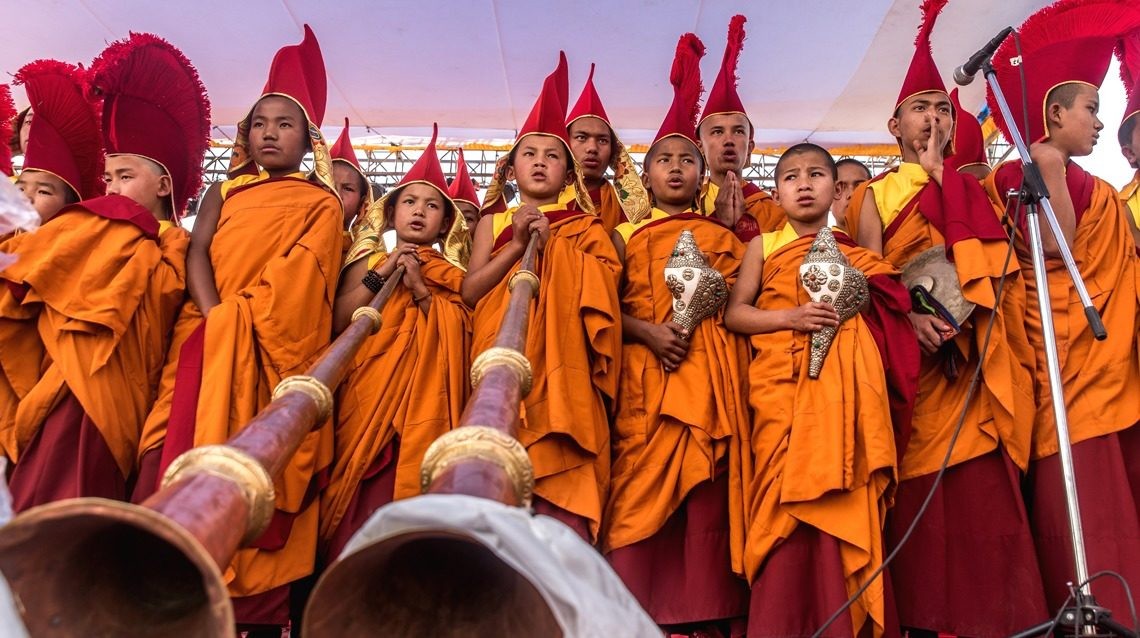 People wear their traditional dresses as well as prepare different types of feasts. Among them, one of the important cuisines is soup. This soup is made from meat, wheat, rice, sweet potato, cheese, peas, green pepper, vermicelli noodles and radish. On the main day, people gather at Stupa and Monasteries. Mantras are chanted and fire torches are passed among all the people in the crowd.

A traditional dance representing the battle between deer and King is performed. They make donations to the monks and mark the beginning of new year merrily.

Nowadays due to western influence, we are losing our traditional values and rituals. But there are many youngsters from the community who are putting their efforts to preserve the culture. If you are in Nepal, you must observe these festivals to know more closely about the culture of the local indigenous people. 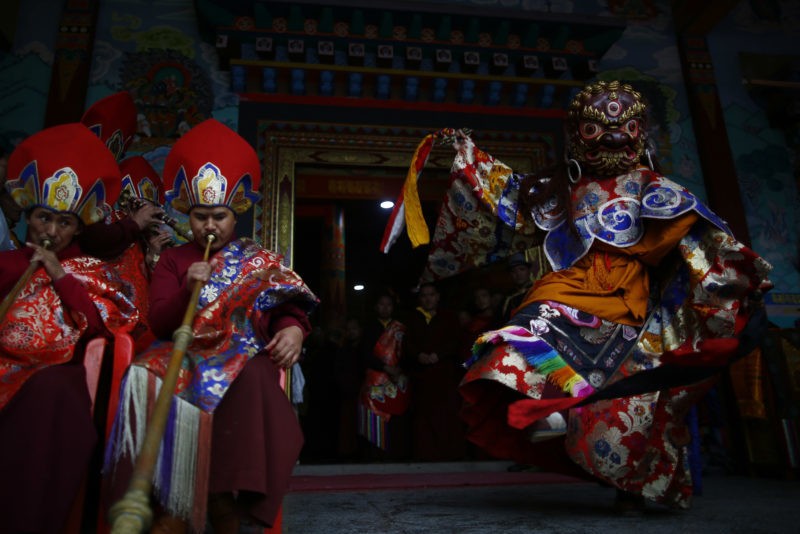 The festivals in Nepal are a fascinating part of the living heritage. Some influenced by the Tibetan practice and some derived from the Hindu religion, festivals have a huge space in Nepal. The diverse cultural groups follow their practices. For which, Nepal is often reminiscent of a country who has unity in diversity. The processions are linked with the living and lifestyle of people as the celebration embarks the gathering and feasts. The fun in a community and joyous moments along with the cultural ceremony are truly an incredible part of cultural heritage in Nepal.