The Hindus among Maithili regions of Nepal and India celebrate Chhath festival, which is also known as Surya Shashti. The Sun, considered as the god of energy and of the life force, is worshipped during the Chhath festival to promote well-being, prosperity and progress. In Hinduism, Sun worship is believed to help cure a variety of diseases, including leprosy, and helps ensure the longevity and prosperity of family members, friends, and elders.

Chhath Parva is observed for 4 days from Kartik Shukla Chaturthi to Kartik Shukla Saptami. This festival falls in October or November in the English Calendar. Chhath is also celebrated on Chaitra Shashti, the early summer about March or April, and is called Chaiti Chhath. They include holy bathing, fasting and abstaining from drinking water (Vratta), standing in water for long periods of time, and offering Prasad (prayer offerings) and Arghya to the setting and rising sun. Chhath Festival is mostly celebrated in the Terai part of Nepal. 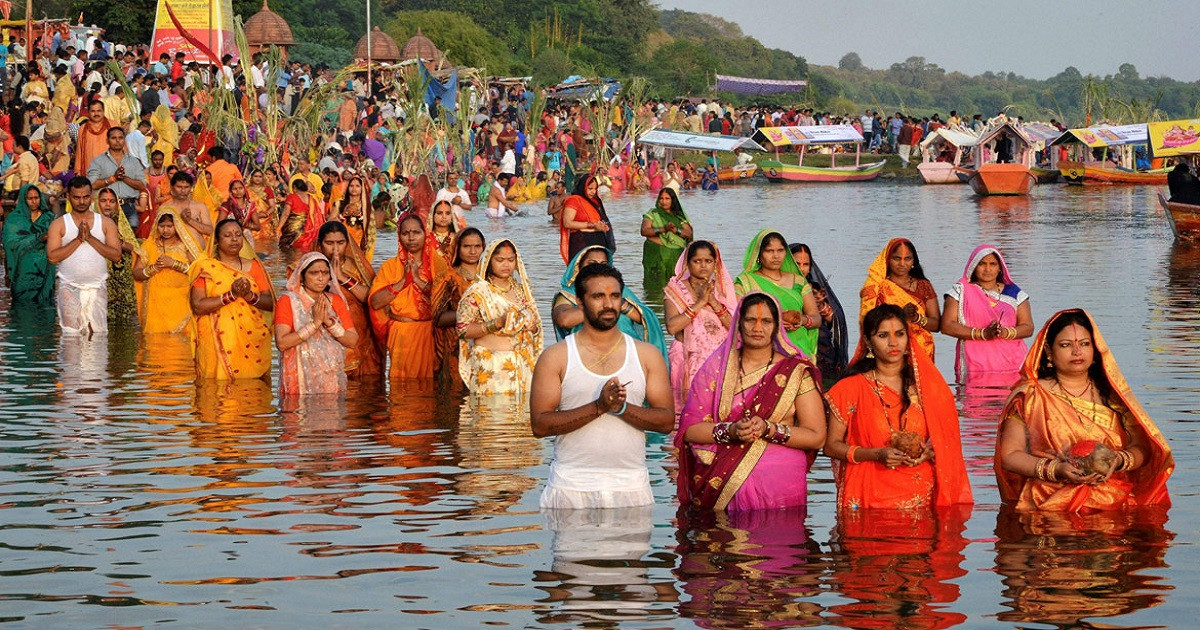 Legends Behind the Festival Celebration

There is a legend that Chhath was celebrated because the times of Mahabharat, Draupadi, the wife of Pandava Kings, performed Chhath Puja. Once during the long exile from their kingdom, thousands of wandering hermits visited their hut. Being devout Hindus, the Pandavas were obliged to feed the monks. But as exiles, the Pandavas were not in a position to offer food to so many hungry hermits. Seeking a quick solution, Draupadi approached Saint Dhaumya, who advised her to worship Surya and observe the rituals of the Chhath for prosperity and abundance. 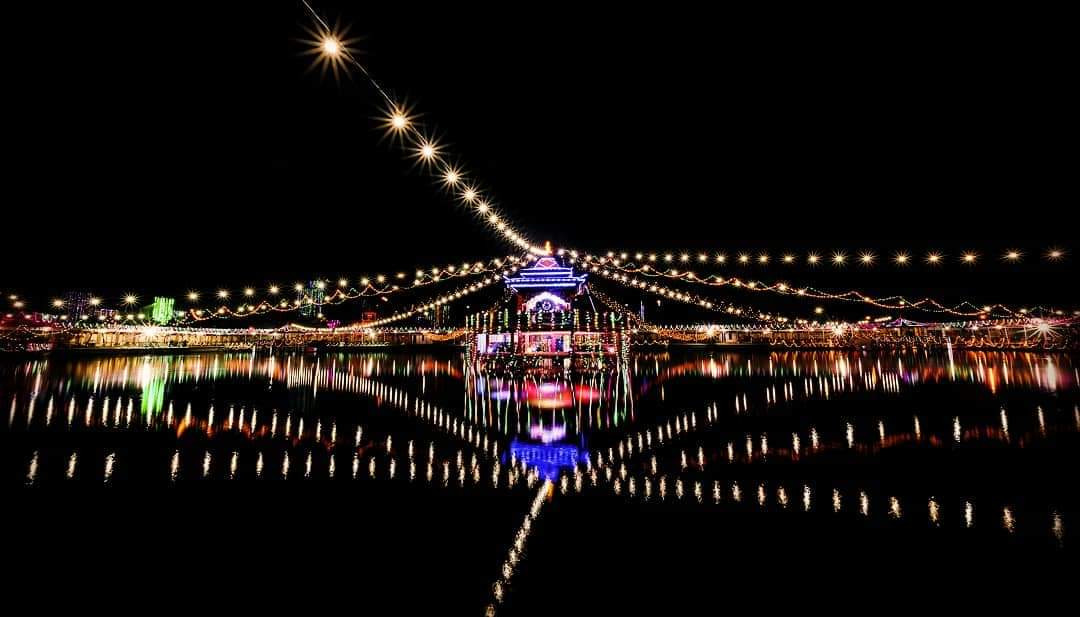 Some texts linked with the Holy epic Ramayana resembles the association of Lord Rama and Sita. According to the texts, Rama and Sita offered prayers to the god of light-sun after getting back from the 14 years long exile. On the month of Kartika Shukla Paksha, Rama and Sita offered their prayers to Sun from Ayodhya. This festival then emerged as a significant tradition of worshipping the Sun. This festival is remarkably observed after Deepawali and lasts for four days.

In the holy rivers of India and Nepal, Chhath Puja embarks a lot of pilgrims and devotees. This festival commemorates the existence of life on earth and well being of the family and conjugal life.

The festival is celebrated mainly on four steps, on four days. The fasting by abstaining the water, foods and fruits, taking a holy bath, offering the prayers to the Sun during dawn and dusk and meditation in the holy rivers by standing in the water. The Surya Namaskar is performed by the devotees to rising and setting sun.

Lohanda and Kharna: This is the process on the second day of Chhath Puja. This is also the major day where the fasting for Chhath begins. People take holy bath and offer prayers to the Sun in the evening time. The prasad (holy feast) is made up of Kheer (pudding rice), puris and fruits. The prasad is consumed after performing Puja to the Sun. The women, who keep fasting in Chhath, offer the prasad to Chhathi Maiya and after offering they distribute and consume the prasad in a Banana leaf. Chhathi Maiya is believed to be the sister of Sun. 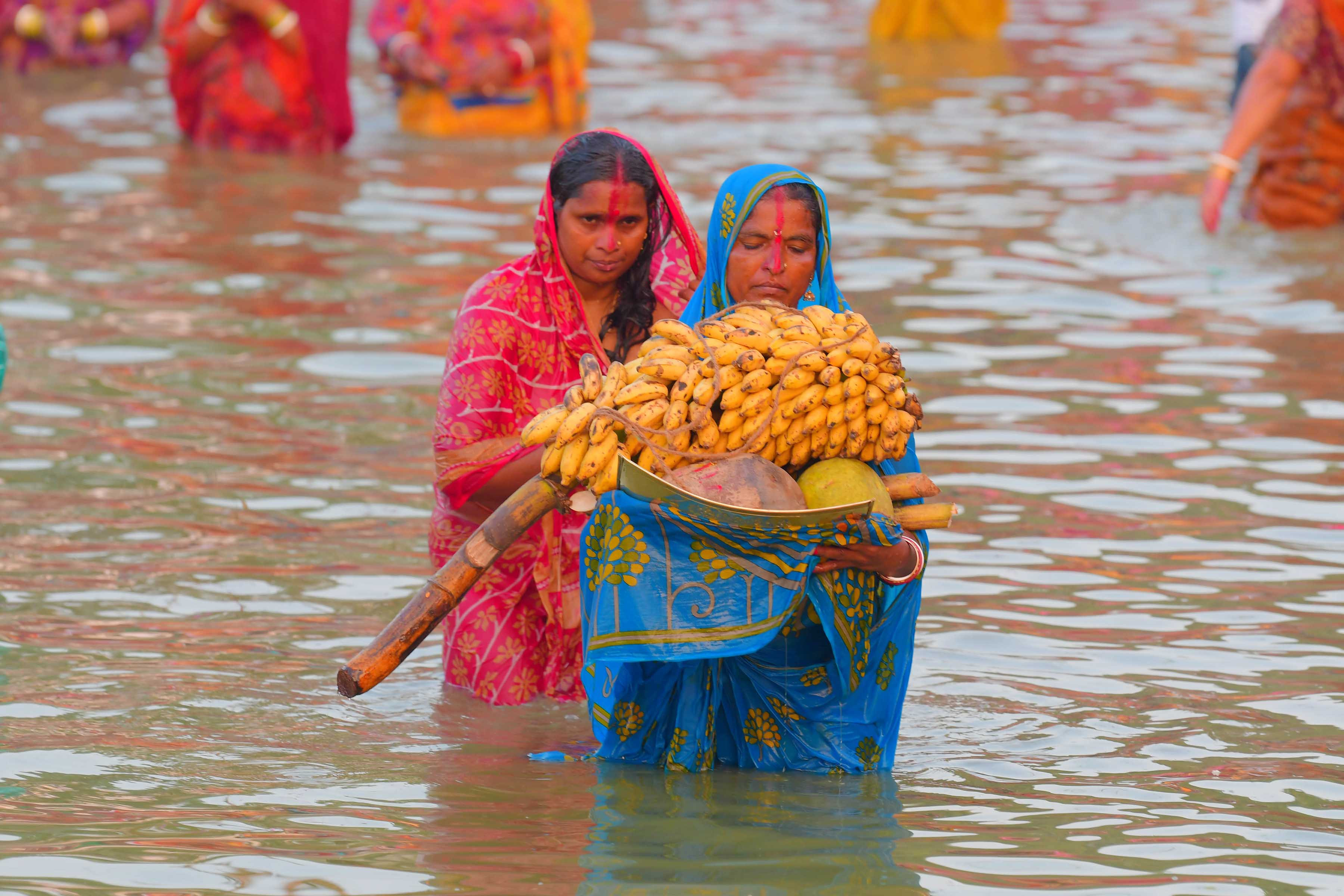 Sandhya Arghya (Evening Prayers): In the banks of the holy river, devotees along with the family members offer Arghya to the rising sun in the morning time. Devotees worship Chhathi Maiya and distribute the Prasad. The enchantments of the holy singings dedicated to the Chhathi Maiya is done in the night time. In this day people make wishes and take an oath by lying down on the ground saluting the sun, after the process, people take holy bath in the Chhath River.

Usha Arghya (Morning Prayers) and Paran: This is the last day of Chhath Festival. In this day, people give offerings to the rising Sin. Early morning, people gather in the holy river and wait for the sun to rise and folklores are performed to please Chhathi Maiya. The Arghas kept in Supali is given to the Sun in the morning. After offering prayers to the Sun, devotees take blessings of the elders. The morning prayers are known as Usha Arghya and post prayers Prasad is prepared and offered to the devotees and family members. This process is known as Paran. 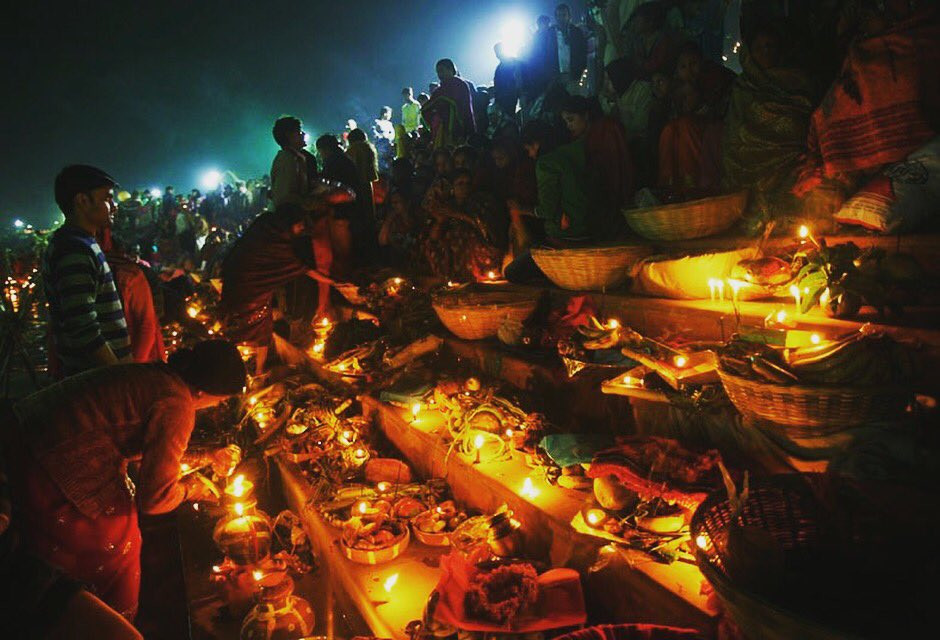 In Nepal, Chhath is celebrated in the Terai region, especially in the eastern part. It is celebrated auspiciously in Rani Pokhari of Kathmandu and some of the major parts in Birgunj and Biratnagar etc. It is a festival of Joy and sentiments. Devotees worship the sun and offer them with sacred water and fruits and Prasad. There is a huge fair on the banks of rivers and ponds.