Bisket Jatra festival is one of the popular Newari festivals, is celebrated once in every year in an ancient city of Bhaktapur, Nepal. It is also celebrated beyond its boundaries with their own ritual. This festival is celebrated during the start of Bikram Sambat, New Year. This Bisket Jatra festival is marked as the end of the Nepali month of Chaitra and the beginning of New Nepali year in Baisakh. The term Bisket Jatra is derived from Newari word Bi and Syaku. The meaning of Bi and Syaku is snake laughter. According to legend, this is the celebration after the death of the serpent (crawling snake). This famous festival lasts for 8 nights and 9 days.

This Jatra will start by pulling a giant chariot carrying the statue of the god Bhairav by hundreds of local villagers. There will be a huge tug of war between the eastern and western part of town to pull the chariot to their side. At the time there will a great crowd and people also greet by playing Newari Dhime music. The chariot rest at certain times-honoured places in the city and people come out offering rice, coin, flower and Sindur (red powder) to the statue. Later, the chariot is headed toward Khalna tole (Bhaktapur). 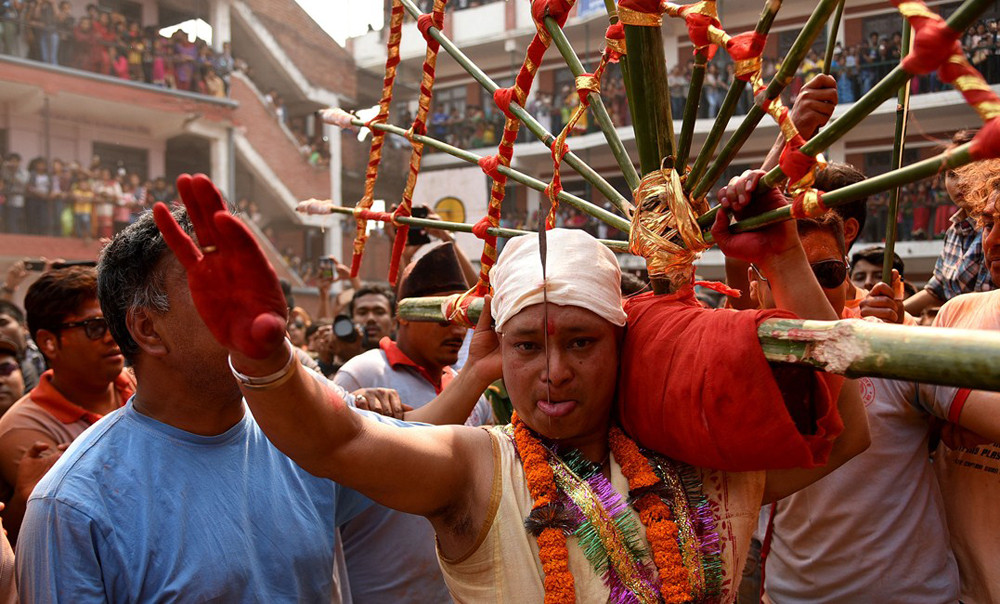 On this occasion, there is a belief of tongue piercing. A volunteer of the Newar family gets his tongue pierced with an iron pin. And walk around the town with a round bamboo rack on his shoulder and glowing lamp on his hand.

On the last day of the old year, the wooden pole of almost 25m is erected at the edge of the town. And on a very next day, a group of men pull it to the ground. It would be a moment of danger and excitement. It is believed that after the succession of this great celebration brings good fortune to the villagers and volunteer himself. 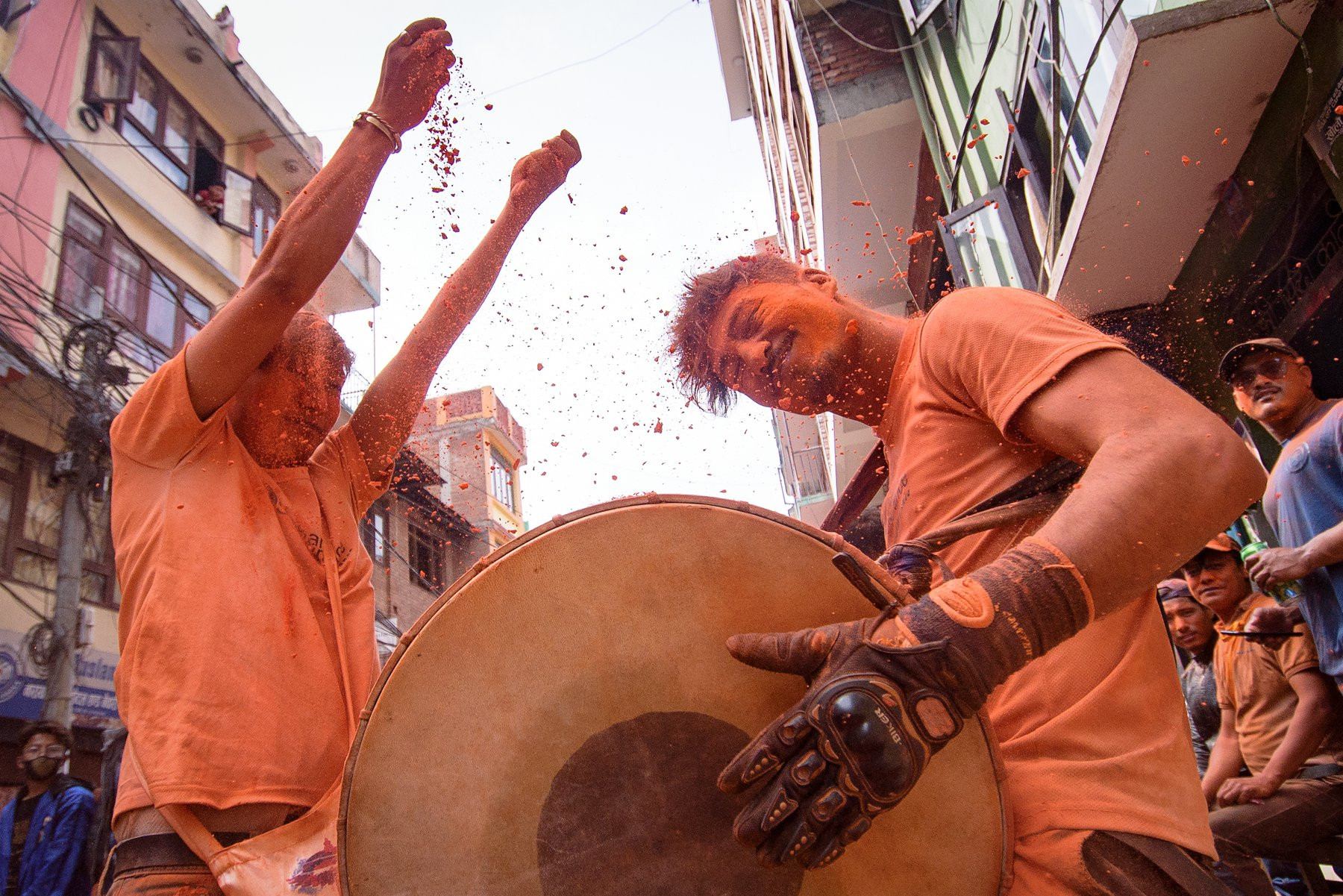 The Dhime music in the squares and the enchantments are the major attractions of the Bisket Jatra. The tongue piercing procession is also a fascinating part to see in Bisket Jatra in Bhaktapur Durbar Square. Hundreds of people huddle around the event place to see the wonderful Biska Jatra in Kathmandu.