Annapurna Conservation Area is one of the largest protected areas which cover 7629 sq. KM. Annapurna Conservation Area Project (ACAP) was established to promote, protect and conserve the mountains of this region while the mainstream is to contribute to the sustainable tourism practice. It was established in 1992 with an aim to protect and beat the environmental degradation in the range of Annapurna Mountain, across the districts of Manang, Mustang, Kaski, Myagdi, and Lamjung. This region consists of the world’s deepest gorge in the Kali Gandaki River, and also contains the world’s largest Rhododendron forest in Ghorepani. Pokhara is the nearest city and the gateway to enter the Annapurna Conservation area.

From Pokhara, one can reach popular destinations within the Annapurna Conservation Area as it is the nearest city to the Annapurna region. Traveling to Pokhara can be done by drive or by flight from the capital city, Kathmandu. Public bus or hire vehicle services are available from Pokhara to reach alternative places. Annapurna Conservation Area is most suitable for an adventure tour, trekking, and sports like mountain biking. 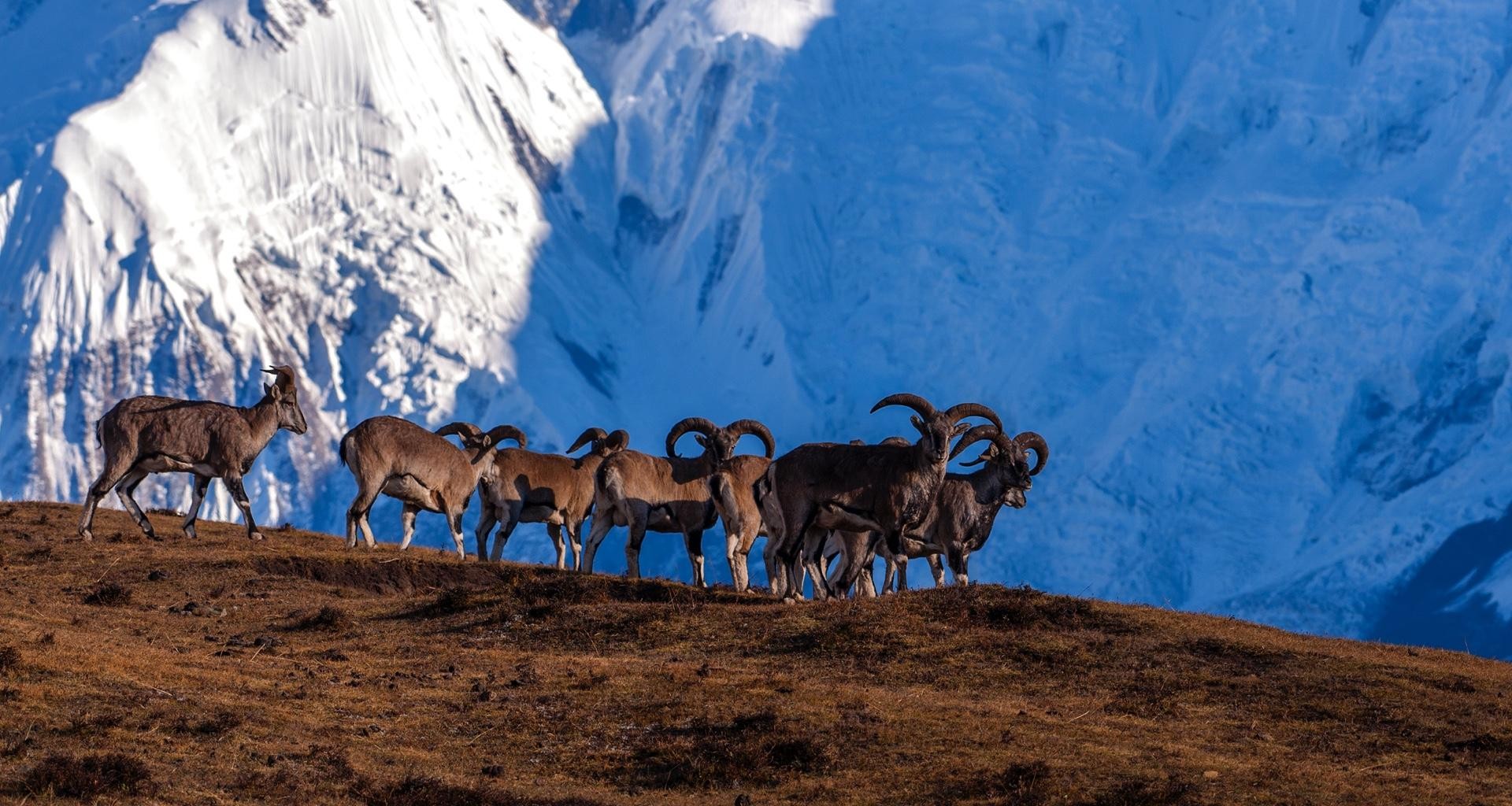 Annapurna, a true paradise on earth, offers you the beautiful views of the mountains. It exposes other unique species of flora and fauna including some wildlife and astounding mountain sceneries. There are spectacular Himalayan ranges surrounding it. Major mountain ranges in Annapurna Conservation Area are Annapurna Range, Dhaulagiri Range and Machhapuchhre. Machhapuchhre is the most beautiful mountain with a fishtail shape. Some other Himalayas that lies in this region are Annapurna III, Annapurna II, Tilicho, Machhapuchhre and Dhaulagiri. Capturing the views of all these Himalayan ranges and mountains from Poonhill station is a divine experience. Poonhill station provides magnificent sunrise and sunset views with a mindblowing reflection in the mountains. 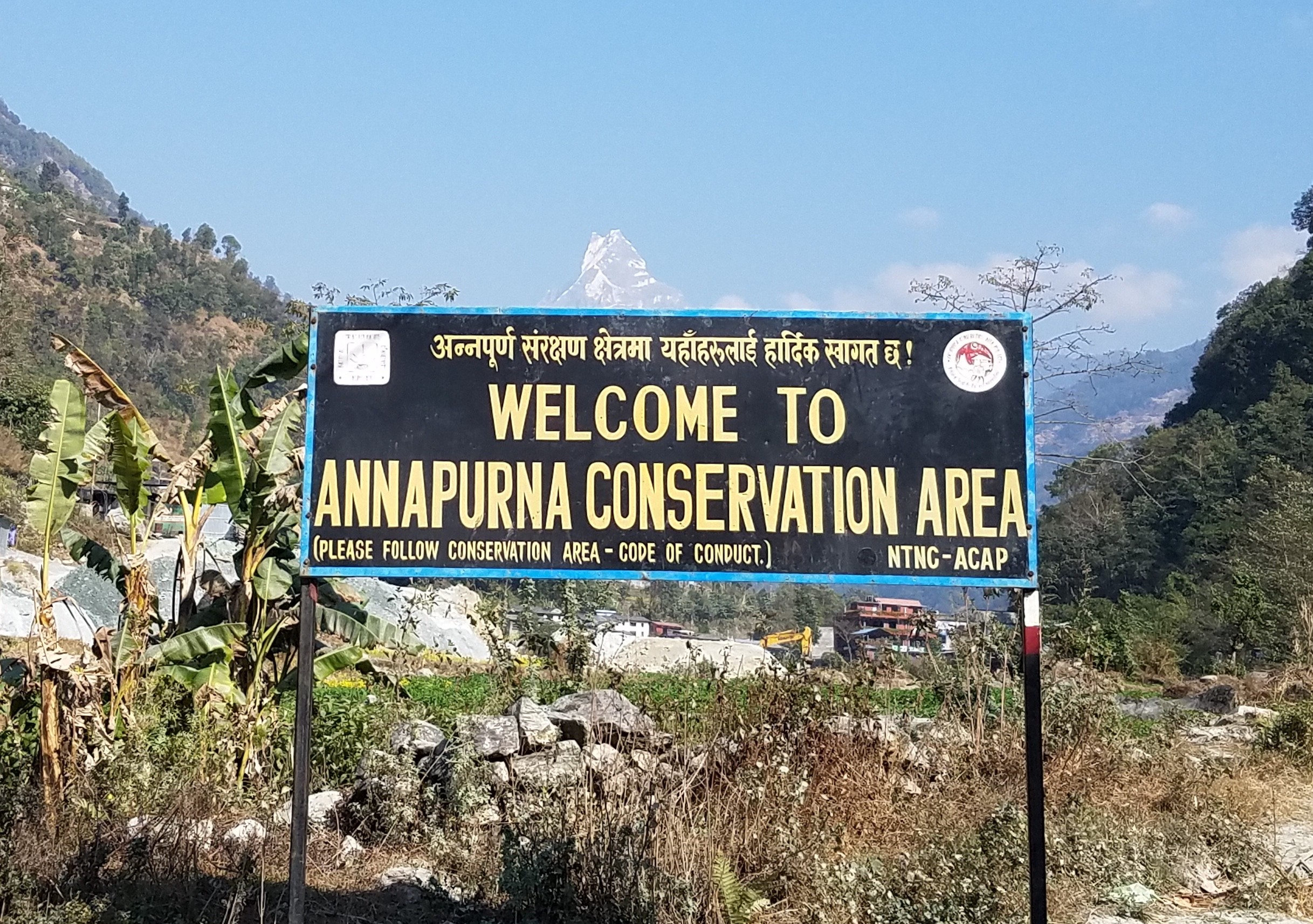 Trekking in this region covers a wide range of cultural and geographical varieties and exposes you with a different mountain panorama. Every little slant of it’s natural and cultural excellence will catch your eyes and soul. Annapurna Base Camp trek, Annapurna Circuit trek, Upper Mustang trek, Ghorepani- Poonhill trek, Jomsom-Muktinath trek, come under the Annapurna Conservation Area.

Annapurna Base Camp trek starts from Pokhara and also ends on Pokhara, whereas Annapurna Circuit trek starts from Lamjung and end on Pokhara. Lifestyle and tradition of the ethnic settlement in the Annapurna region are really fascinating. Even the remote villages on this route offer quality lodges and guest houses that are eagerly waiting to serve the tourists with enormous hospitality. There are over 1,000 lodges, tea houses and hundreds of other subsidiary services to cater to the need of trekkers, travellers and pilgrims.

Trekking will be more fun with mountain biking, which is another attraction of this region. Annapurna conservation area would probably the best place to explore the ultimate experience of trekking in Nepal.

The Map of Annapurna Conservation Area is attached herewith which will give you some insights on its emergence and working areas.

The rich biodiversity which includes around 1226 species of flowering plants, 105 mammals, more than 500 species of birds, 40 reptiles and 23 amphibians.

Rivaled by the immense cultural diversity, the Annapurna Conservation Area Project (ACAP) is effective and excellent practice and a very good measure of Nepal towards sustainable development in the mountains of Nepal.

The major concern of the Annapurna Conservation Area Project is to promote the use of biodegradable products, waste management of the litters produced by the visitors, trekkers and hoteliers in the region and other approaches. The integrated community-based conservation approach while addressing the development with an experimental model is the major concern of this project.

The associated residents and the stakeholders of the region are equally aware of the development, environmental change, and the arising issues of the region. The environment is the future and its conservation is very essential. For that, the project is working while contributing to the local communities and making efforts for sustainable practice. The sustainable concept of equal participation and contribution of communities, environment and economy is well interpreted and the practice is well designed for the development of tourism.