Daura Suruwal is typically known as ‘Labeda Suruwal’. It has several religious beliefs and some historical aspects. For that reason, the tradition of using ‘Daura Suruwal’ remain unchanged for centuries. ‘Daura’ is the upper wear of men whereas ‘Suruwal’ is the trouser. Daura has eight strings that tie itself, known as Astamatrika Singini. The Astamatrika Singini identifies the eight different form of goddesses- Byagini, Barahi, Kumari, Brahmayani, Maheswari, Indrayani, Byasnabi and Mahalaxmi. 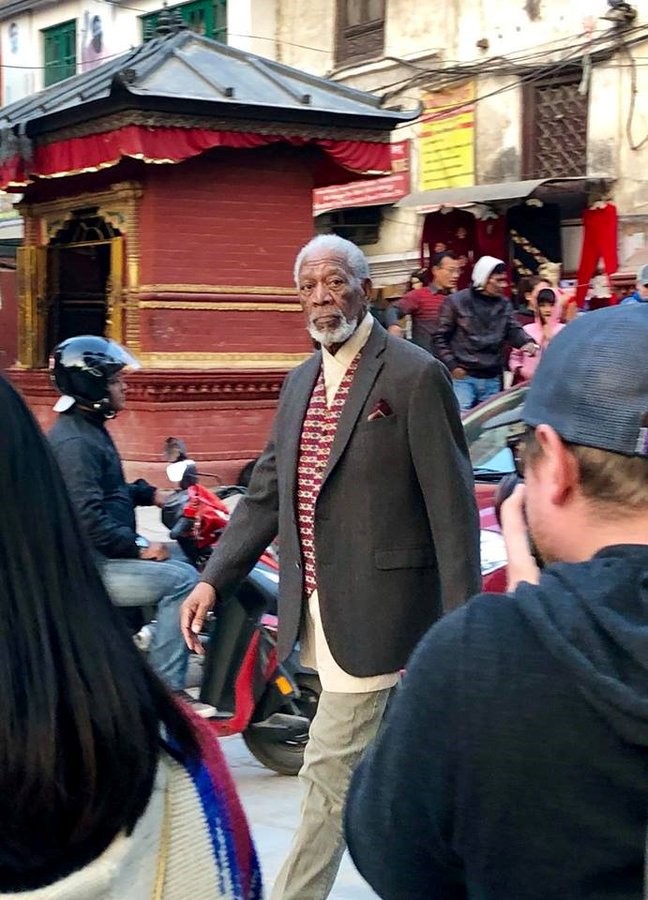 Eight is also the lucky number according to Nepalese mythology. The Daura has five folds in its fabric of the garment, resembling the Pancha Buddha or Pancha Ratna (Five gems). The round closed neck in Daura resembles the snake around that of Lord Shiva’s neck. Wearing of this unique attire is popular during festive occasions and in use more frequently by older generations of people.

The Nepalese prime minister Junga Bdr Rana wore Daura Suruwal during his visit to the UK in the 19th century. Which later became a popular outfit in Nepal. Some historians also believe that the coat over the Daura Suruwal was introduced by the then king Junga Bahadur Rana. During his visit to UK, the Queen of England gifted him a coat. The tradition continued to the present time and consequently declared as the national attire of Nepal.

The tradition of wearing Dhaka Topi along with Daura Suruwal is equally popular. It is a type of brimless cap. Nepalese men use it with Daura Suruwal in the occasions and events. It became popular during the reign of King Mahendra. King Mahendra ruled Nepal between 1955 to 1972. He made it mandatory to wear Dhaka topi for official photographs and to attend government events. The tradition of wearing Dhaka topi in Nepal became popular after his visit to Dhaka. He came back with an idea of using the cotton fabric as a cap. Which eventually emerged as a national attire along with the Daura Suruwal. Also, People wear coat and waistcoat outside of the Daura.

The female national dress of Nepal is Gunyu Cholo. Gunyu Cholo is a traditional Nepali attire which has a blouse like top and Skirt. Gunyu Cholo is never used as the formal dress, however, in some cultural shows and occasions, it is used. The Gunyu Cholo and jewellery are given to the girl when she enters the age of 7 or 8. It signifies that now the girl is responsible enough as a woman. It is also believed to be a transition occasion that resembles that the girl is now turned to women. Every ethnicity and community has their unique outfit, culture, and traditions. 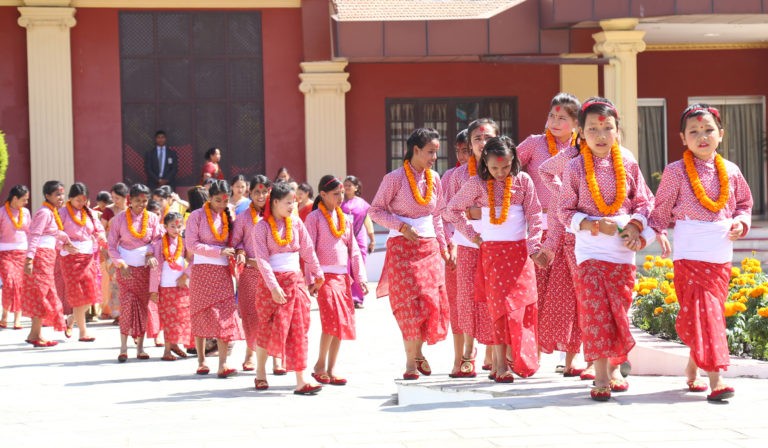 Nepal has incredible diversity and home to the multi religions, race and tribes. The uniqueness of Nepal is the major factor, contributing to the cultural prospects of tourism in Nepal. It’s fascinating that a small country like Nepal holds over 100 ethnic groups and more than 90 spoken ethnic languages.The communal practices and traditions in Nepal are popular all over the world. Every ethnic group have their own unique outfit and dresses. But for national identification, Daura Suruwal is announced as the national dress of Nepal.

Furthermore, the National dress is, however, an outcome of culture and traditions. The cultural dresses differ according to the ethnicity and caste pursued by a community. Even if the national dress is determined by the government of Nepal, the cultural dresses in the rural community are the identities that depict the culture and traditions of the people. So, there are various dresses according to the demography of people, their living place, geographical location and culture pursued by their ancestors.

If you are visiting Nepal, you can get a Daura Suruwal in a normal clothes shop, it is the identity of Nepal and Nepalese are popular for their unique Dhaka topi, and Daura Suruwal. Also, though the Gunyu Cholo is also prevalent in other Himalayan Nation, Nepal’s national dress for women is Gunyu Cholo. It is a standardized form of clothing, however, it also differs according to ethnicity and caste.